What is this worth to you now?

We take special interest in Impact Creators. People who have positively disrupted the way the world functions.  People like Florence Nightingale, Marie Curie, Albert Einstein. If you are a disruptor, A&H will personally work with you, time compressing your impact agenda, while enabling unconscious integration of your personal excellence, health, relationships, ecosystem and your drive to impact the world.

We have the World’s largest eco-system to deliver One-on-one stacked installations that leads to Personal Evolution in Compressed Time frame. This is available for driven individuals who commit to continuously evolve with depth and get to the next league of life experiences. Explore our range of solutions to save you decades of life.

From enriching the quality of love and happiness in a family, to the culture in an organisation, to unearthing people and industry secrets that enables positive disruption, Excellence Installation Technology is enabling industry evolution across diverse sectors. From doctors in implementing preventive health, to solving psycho-somatic issues, to accelerating innovation in hi-tech R&D, people evolution is the fastest way to improve impact.

At Antano & Harini, we CREATE technology to design and fast-track personal evolution.

Time-Compression effect of these installations is so exponentially unfolding that a person achieves in 2 - 3 years what could have otherwise taken them decades. 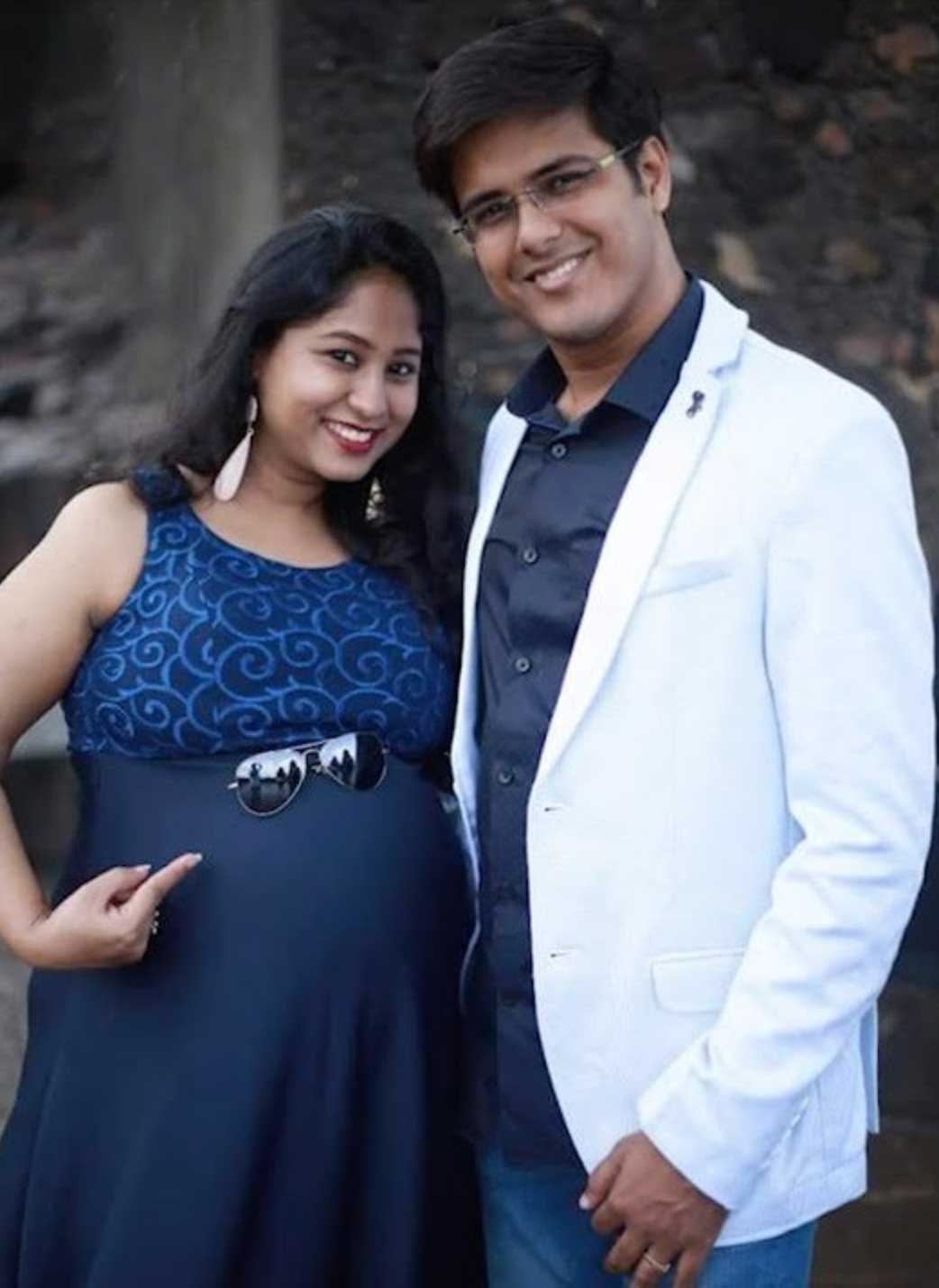 We are not Medical Doctors yet,

- Helping Phani Kumar who was paralyzed completely beneath his neck (C5 fracture and partial C4) to regain movements again, be able to sit erect by himself, get his full-time job back and be independent all over again 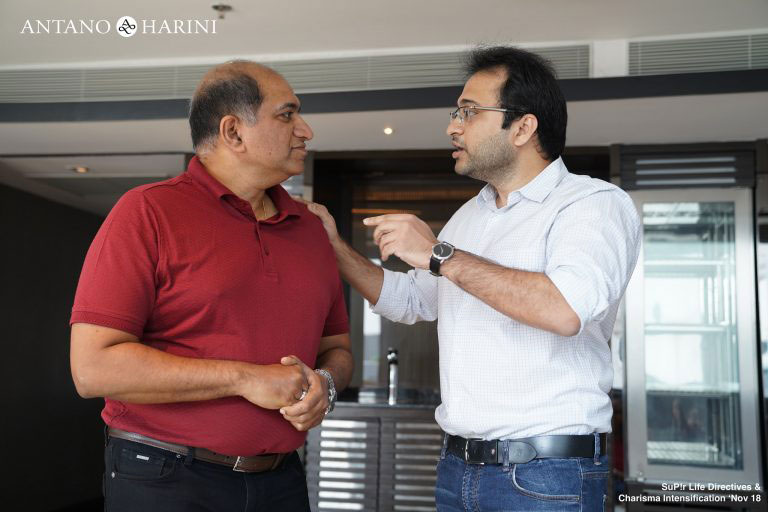 We are not McKinsey, neither are we Business Gurus... yet,

We have turned around businesses that were heading towards crash or were stuck, like:

- We helped a person turn his business that was stagnant at $20 Million for 5 years, to Double the revenue, in just one year although they were stuck for 5 years at 20 Million

- We helped several working professionals get two promotions in one year, along with their wallets swelling up by at least twice in the same time by evolving the person and what they have been able to contribute thereof 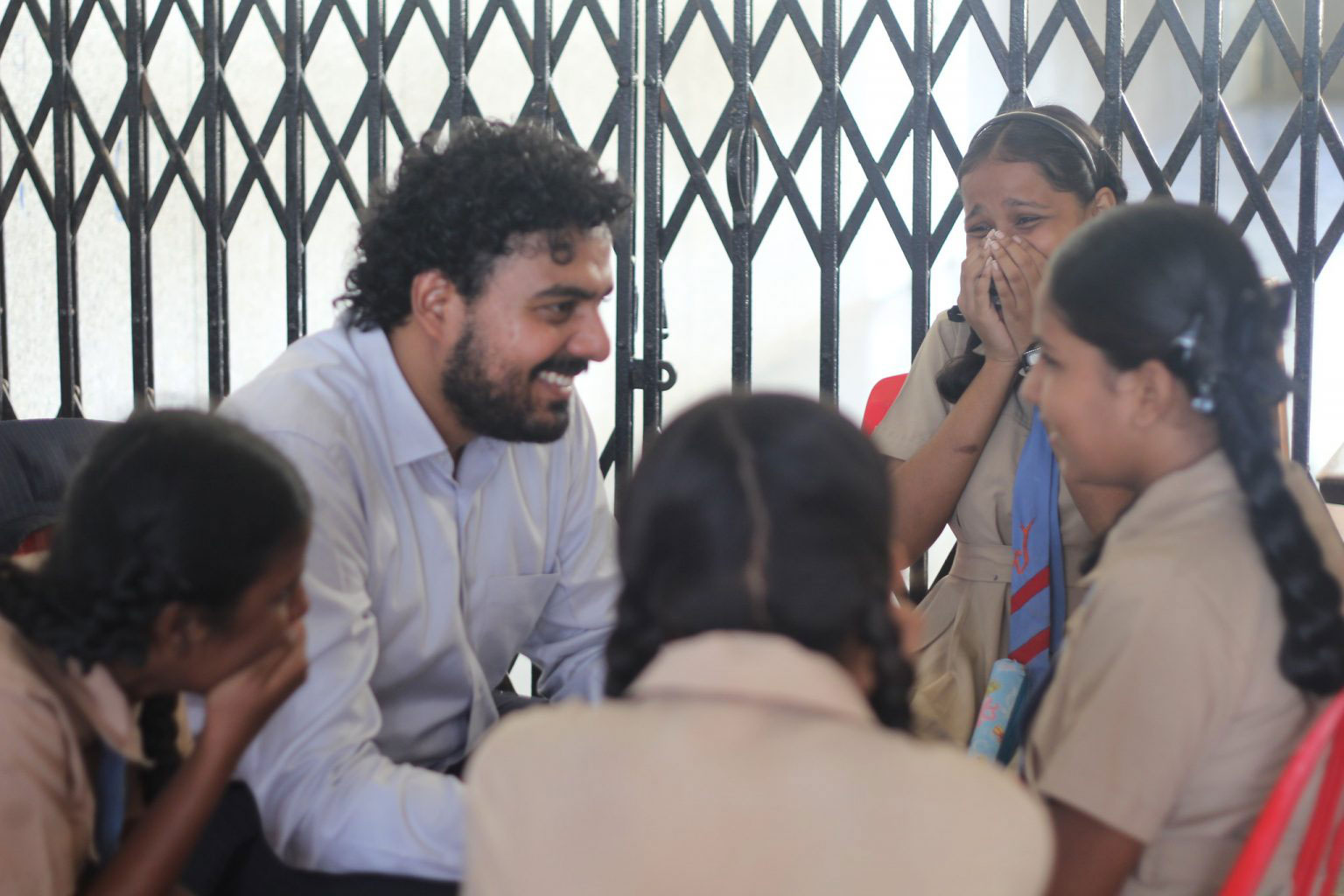 We are not Educationists or Special Educators, yet

- We have helped a School with underprivileged Children achieve a 100% pass percentage, for the first time in 70 years of their existence, by taking a one-on-one approach in fixing every individual child’s over 2 days of intervention using our innovation

- We have helped children diagnosed with Autism to become good spellers, faster learners

- We have helped children diagnosed with ADHD, to be able to focus, study and get better grades 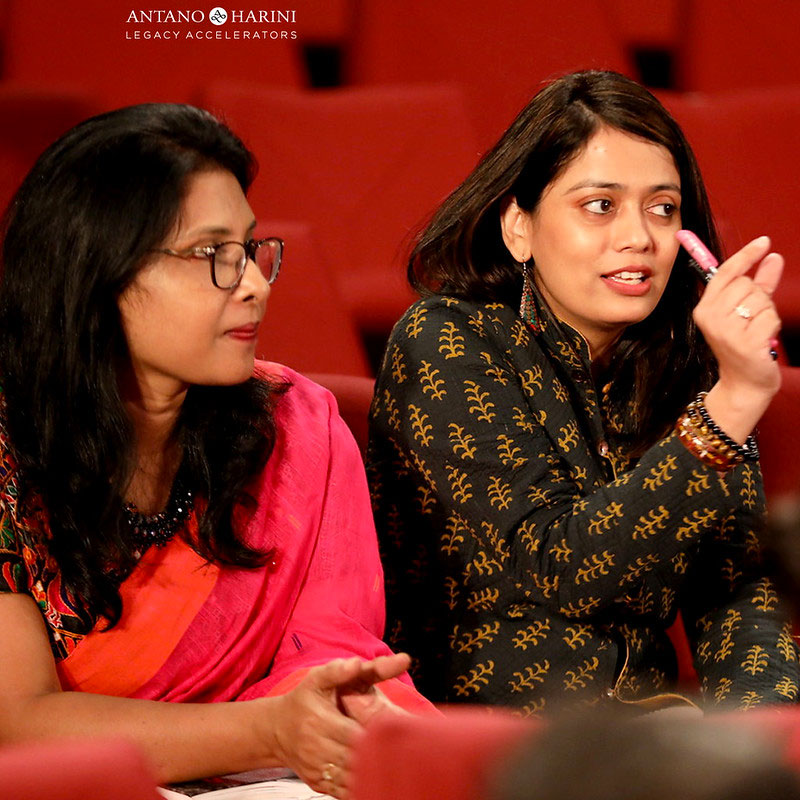 We are not Self-help Gurus... yet

- Doctors come to us to learn the psychology of wellness

- The award winning super coaches, trainers, transformational experts, the top mental training sports coaches in the country are mentored by us 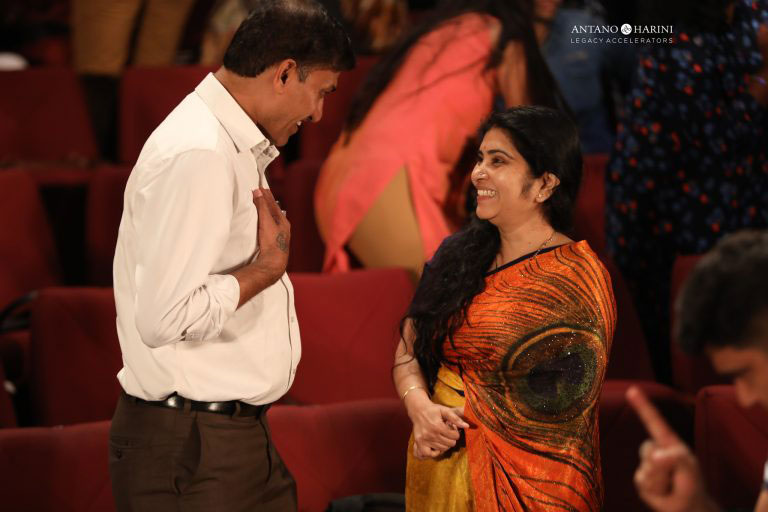 We are not Psychologists yet

We have helped people come out of decades of trauma from physical abuse, domestic abuse, bullying, social isolation etc. within minutes and rebuild their lives into a whole new trajectory within 1.5 years 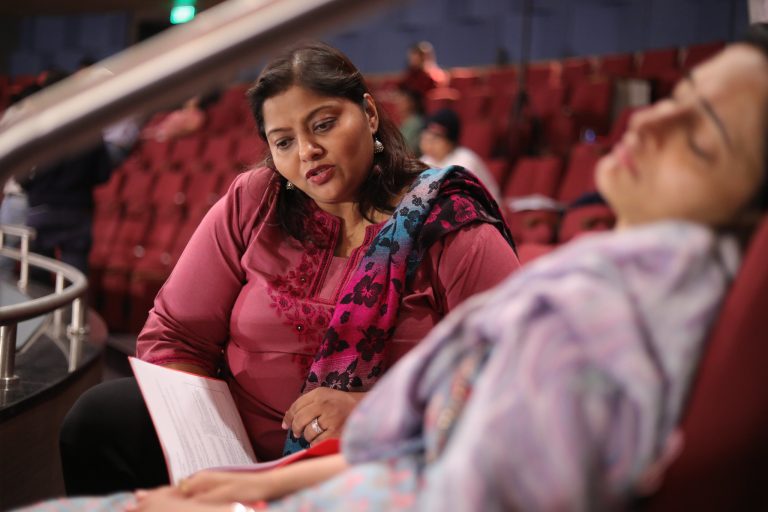 We are not Psychiatrists yet

Many doctors recommend us when they want to help their patients overcome the condition for which they may be on medication for (depression, panic attacks, insomnia) 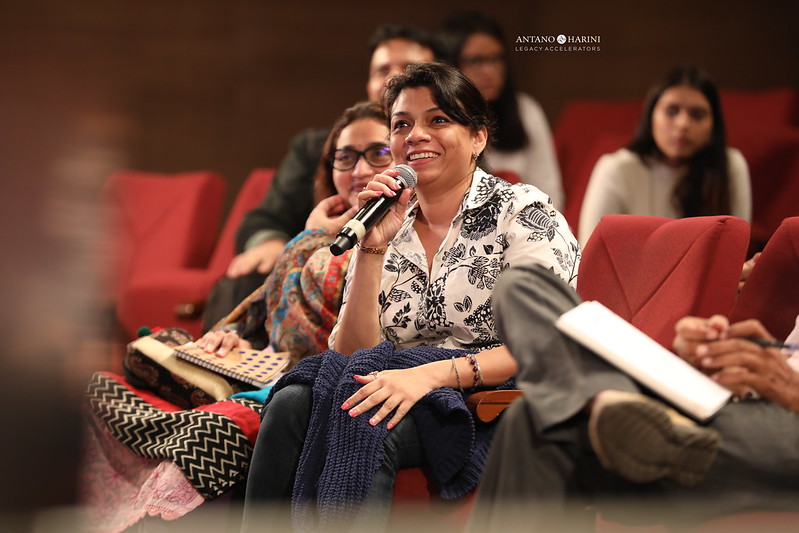 We are not Dieticians, Nutritionists, Physical fitness instructors, yet

We have helped hundreds of people get on a path to long-lasting fitness, make permanent changes in habits, lose significant weight, get rid of health conditions such as thyroid imbalances, PCOD, cysts and lose weight sustainably as well 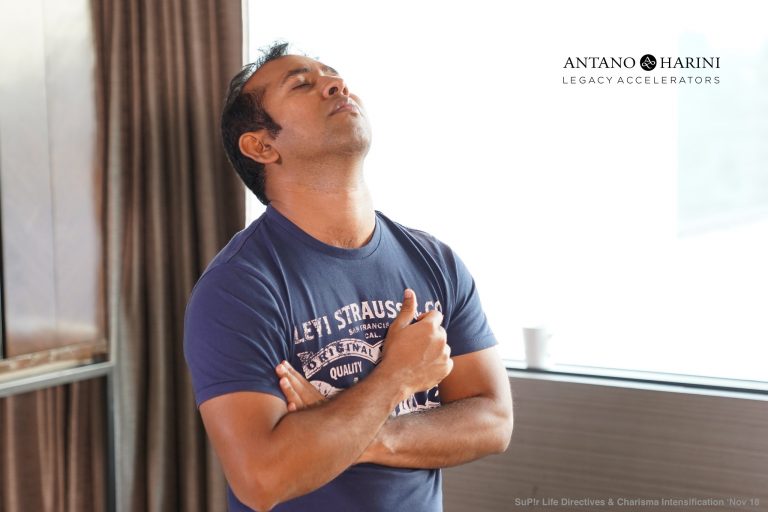 We are not Speech therapists yet

We have helped people with decades of stammering completely overcome the problem within a week and have ever since, never stammered again 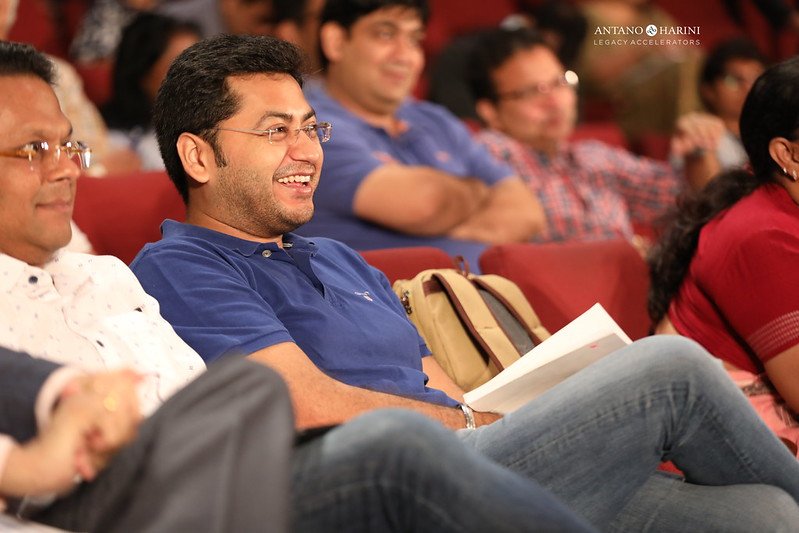 We are not MBA school, yet

Senior professionals have chosen our solutions over an Ivy League MBA they were offered, because they say, “An MBA will work on my CV, but A&H Solutions will work on me” 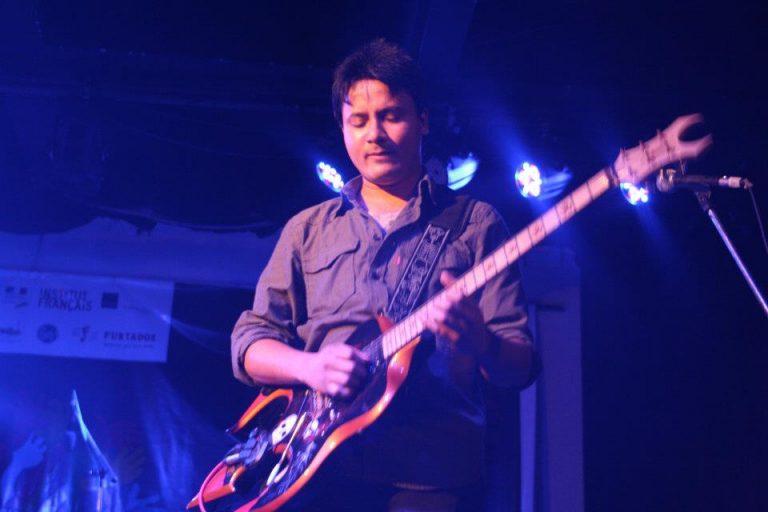 We are not a Music Academy yet 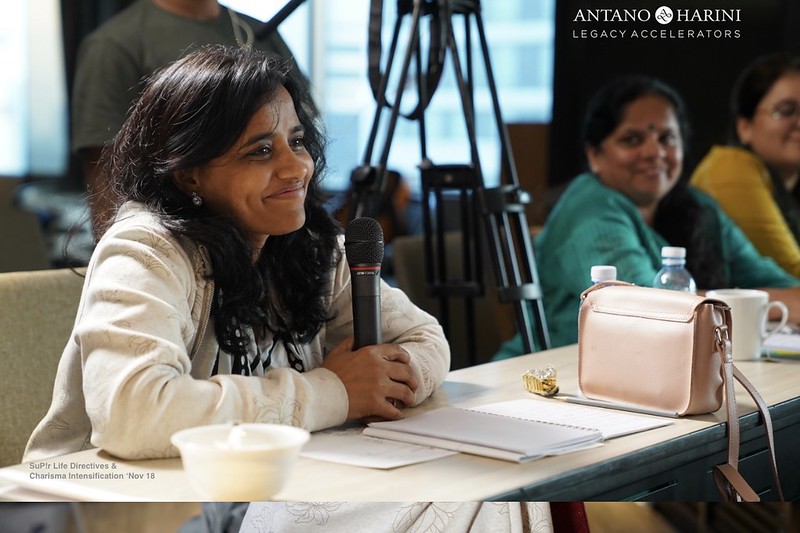 We are not Parenting Counsellors yet

We have helped hundreds of parents mend strained relationships with their children and develop a deeper bond of trust, leverage and freedom of expression, both ways- by helping both the parents and the children evolve 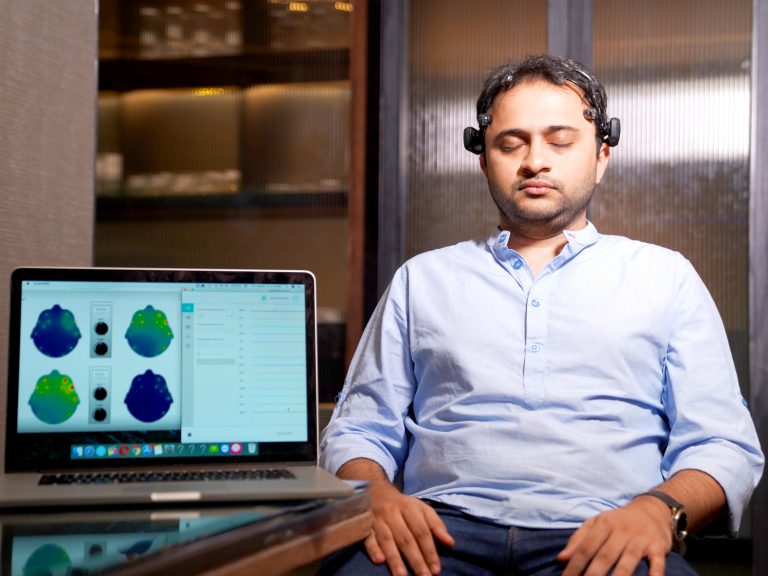 We are not Scientists yet

We have a method to our unprecedented results across industries across boundaries across regions. A method to our madness and the code continues to get more and more precise, articulate, repeatable with extensive Education in Excellence Installation which is continuing to evolve each day, staying cutting edge. 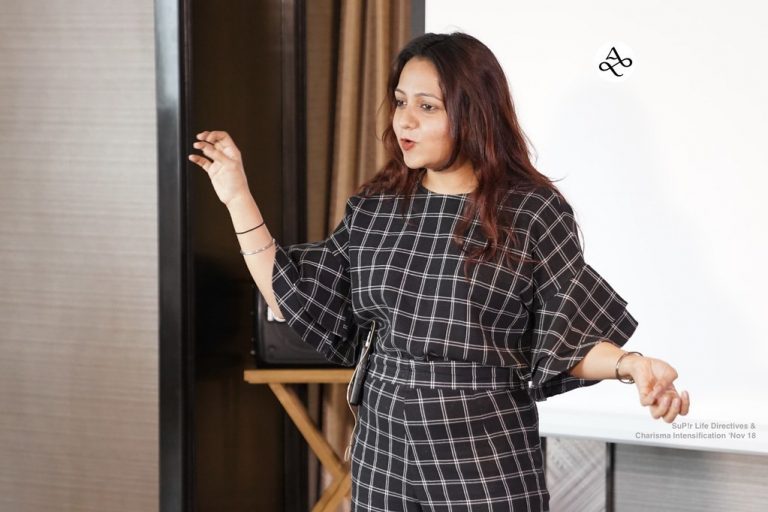 We are not Start up Accelerators… yet

We have one of the largest eco system of doctors, established business owners, industry professionals and celebrities who come to us when it is time for next level or if there is an impossible situation to turn around and what has emerged from this ecosystem is a larger than life/ This ecosystem is creating a Legacy of giving back to the society multi-fold whilst each, individually growing at unprecedented rate and speed… 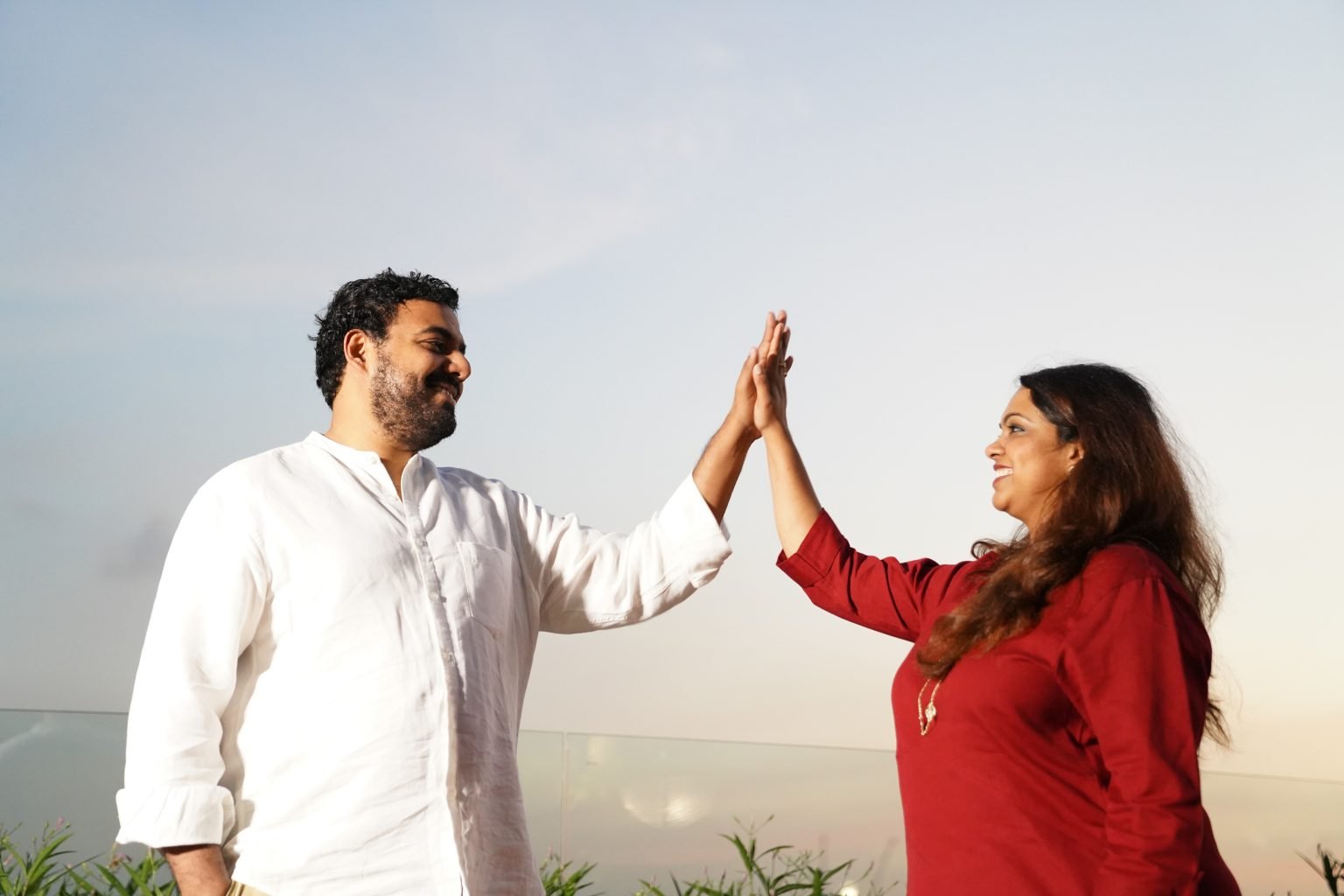 We are Creators of Excellence Installation. We are Legacy Accelerators.

We help Compress Time by Making Strategic Installations. We help people get a New Vibe, Superior Capabilities and a Personality that makes happen what they may not have achieved in their Lifetime, yet. It could be a new dimension, more depth, more happiness - but it’s a permanent shift in the trajectory of their life, their thinking, and evolving new capabilities to live a richer, fuller, more fulfilling life because that’s why we have One Life. As we empower each individual to complete their individual rarity, launch their personal legacy, and thereon many legacies. One Life. Many Legacies.

We have a Technology that can Change the way the World functions. Disruption Across Industries.  And potentially Impact 7 Billion people Living on planet earth and Alter their Life Trajectories forever.  For the Better. For Generations and Generations to Come.  This Technology Empowers people with Superior Capabilities, On-demand High Performance states and Most importantly self-Acquiring Wisdom from Validated Life experiences that Helps Every person make Better Life decisions, create better life trajectories, interrupt un-useful influences and Accomplish in the lifetime what they may have if they lived 200 years.

One Life. Many Legacies.

A Billion Dollar family-owned global business successfully leveraged the second generation to take ownership of the business within 1 Year when it appeared to them that such a transition was going to take a much longer time. EIT works across so many functions and industries, among which we have selected the following three to show its diversity and unparalleled impact.

A&H helped a Security firm get 100% Revenue growth within 1 Year by helping them grow out of the 5 Year Plateau of USD 20 Million. This was enabled by helping the Managing Director drive sustained changes in the top management to take collective and collaborative ownership of the business growth. While conventional methods of motivational programs and team empowerment activities including rewards and bonus schemes didn’t work, the change was achieved by shifting the mental frame and mindset of the core attitude of the key leaders. This was solely accomplished by helping the Managing Director develop certain targeted capabilities that put him in the position to drive the change himself.

Case Study 2: Young aspiring musicians from an underprivileged background start performing on prestigious stages with the Grammy and Academy Award winning composer A.R. Rahman within 8 months by overcoming bottle-necks that could have stalled them for years

A&H worked with A.R. Rahman to help a team of young musicians who couldn’t reach their breakthrough even after 3 years of committed professional training to play in international stages. The ‘Sunshine Orchestra’ as it is called now, was Academy award winning composer A R Rahman’s initiative to develop home grown talent to develop a world-class western classical orchestra in India. He did this by selecting talented children from an under-privileged background. At the rate at which they were learning, it appeared like it would take years before they can perform professionally. A&H worked exclusively with these children for 6 months to develop their own Personal Genius. This included developing the neurology’s ability to mirror and learn from geniuses and assimilate the layers of depth faster. And helping each individual overcome their unique limitations that was coming in the way of their accelerated learning, focus and passion. Today, these children perform along with A.R Rahman and have even played Internationally in prestigious platforms such as the United Nations.

Case Study 3: An IIT graduate working in the US who was flown back to India in an Air-Ambulance after a C5 fracture, recovers critical movements after paralysis within 6 months when it was considered medically unachievable for life.

A&H along with Dr. John Grinder helped Phani Kumar get back to being independent after doctors had declared it was impossible for him to move anything below his shoulders (Quadriplegia from C5 fracture).

Antano started the intervention with a series of metaphors to educate Phani’s unconscious on the concept of plasticity. And the breakthrough happened when Antano noticed very subtle, almost “not noticeable” movements in Phani’s body that everyone assumed to be spasms. By  helping Phani go into a special form of sleep, where he repeated these tiny movements for hours together, Antano helped Phani Kumar control the movements consciously and make the movement more significant.

As a result, his neurologists and doctors, shifted him from passive maintenance to active physiotherapy. And after several such iterations and similar targeted interventions , eventually, Phani Kumar was able to regain his full time job and fly back to the US all by himself. Each interaction was about a full day or two and was spaced in an interval of 2 or 3 months. Each interaction was preceded by a situation where medically it appeared like Phani had reached the full extent of the recovery possible. Antano would help Phani break that limitation in that 1 day measurably. Antano & Phani would set it up so that in his absence Phani continues to recover further on his own along with the necessary medical support with each stage in his recovery. 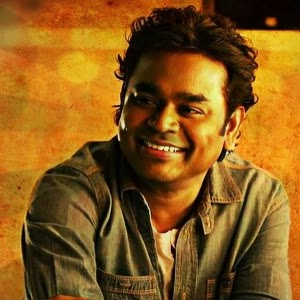 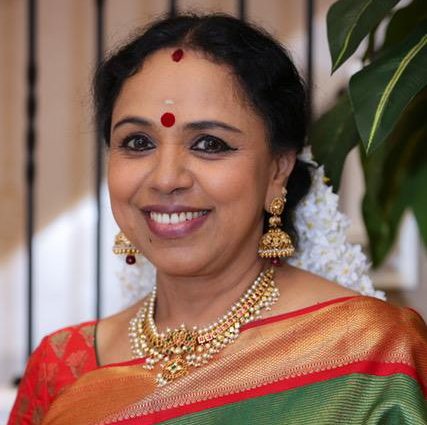 It is as fundamental as electricity—just as electricity first brought lights and then enabled every industry, the technology of installations can disrupt the way several industries function.”

Antano & Harini are recipients of the Award of Honour by the Ministry of Social Justice and Empowerment.